The Amazing World of Wireless Technology

Amateur Radio or Ham Radio, is a community of people that use radio transmitters and receivers to communicate with other Amateur Radio Operators. It is a non- commercial, non-profit radio service, friendly ,hi-tech hobby enjoyed by about 3 million people all over the World. Hams can communicate from top of a mountain, from home or behind the wheel of their car. They can take their radio wherever they go! In times of disaster, when regular communication channels fail, hams can swing into action assisting emergency efforts and working with public service agencies. At other times, they can talk to a shuttle astronauts or bounce signals off the Moon. They can use telegraphy, voice, digital, even images in communication with other hams. Know any hobby with so much to offer?

Hams have their own lingo, like a male ham is known as OM (old man) and a female ham is know as YL (young lady). Married ladies are known as XYL (Ex-YL), children of the hams are known as harmonics. A change of girlfriend or a boyfriend is a “VFO” (variable frequency oscillator). But if you are steady or engaged, the better half is known as “Crystal” (crystal oscillators are stable and do not shift from the frequency they have been cut out for).

Hams exchange pictures of each other using television. Some also like to work on electronic circuits, build their own radios and antennas. Anyone above the age 16 years, no matter gender or physical ability or educational qualification can become a ham.

There are actors, politicians, astronauts, pilots, sailors, doctors, kings and queens are hams. Hams can use the following, modes of communication.

CW is a primitive but perhaps the most reliable and effective way of communication. Here the messages are sent and received by way of sound tones in combination of dash and dit such as dah-dah-dah dah-dit dah means ‘OK’. Initially it may sound like noise to your but later is music to your ears.

This mode of communication is very similar to the mobile telephones but with a difference, here there is no air time. You can carry your VHF handy (mobile set) with you and can communicate with any ham in a radius of about 50 Kms depending on the location you are in.

You can also communicate with far off stations with your handy with the help of the ham repeaters. You may be driving down to a nearby hill station and still keep in touch with other hams from your vehicle.

Ham radio around the World is so popular that hams have their own satellite network. They are known as ‘OSCAR’ (Orbiting Satellite Carrying Amateur Radio). Hams have as many as 52 OSCARs at their disposal. Hams communicate globally with the help of these satellites, for example you can communicate with a station in Japan with you hand set even if you are mobile in you vehicle.

Hams have also been communicating with the MIR space station on regular basis. The International Space Station (ISS) is having an amateur radio and it is already functional.

In this mode of communication, hams interface their computer with their radio by using radio modems (hardware and software modems). Once you are set, you can do almost anything which you may do on the Internet. Such as send mails, pictures, data files, you can also have a video conferences.

The applications can be endless because tins of software is available (mostly developed by hams) for digital communication using ham radio.

How to become a HAM?

Ham radio is one of the few hobbies in the World which requires a government licence. To obtain the licence one has to go through a course as per the syllabus devised by the Telecommunication Regulatory Commission of Sri Lanka (TRCSL), which help in acquiring the knowledge and proficiency necessary to communicate using a wireless transceiver without causing interference to the other radio communication services. 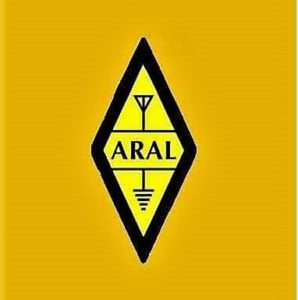